The service had to work as follows.

My tasks were prototyping, a design of website and landing page for service.
This project was never launched. But It was an interesting experience.
Perhaps the prototypes do not work correctly, but I see no reason to correct them now.

The interface of landing was divided into two parts. In the left part, you could switch between the landing page for an interpreter and for a site owner (client). This part had fixed position. And on the right, there was a demonstration of the same site from the point of view of the interpreter and its owner. I was impressed with the design of the dropbox manual at that time. 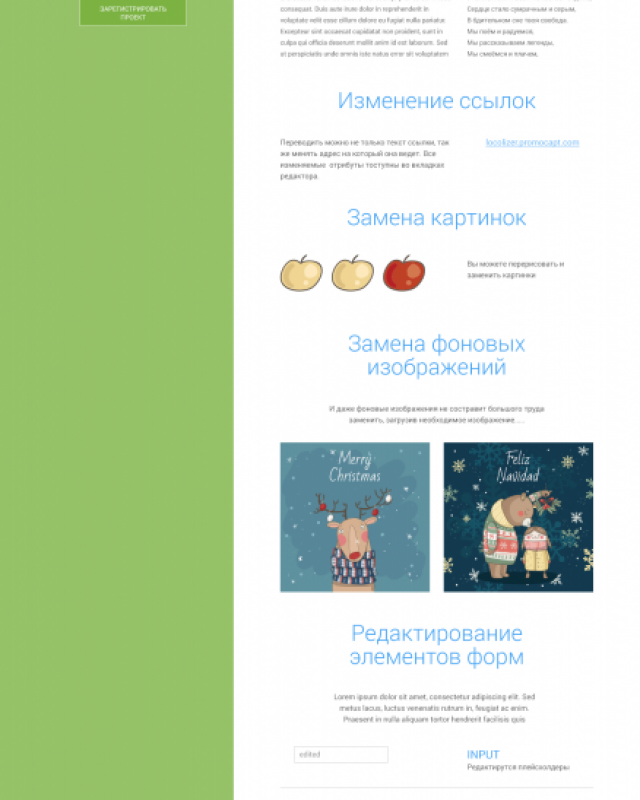 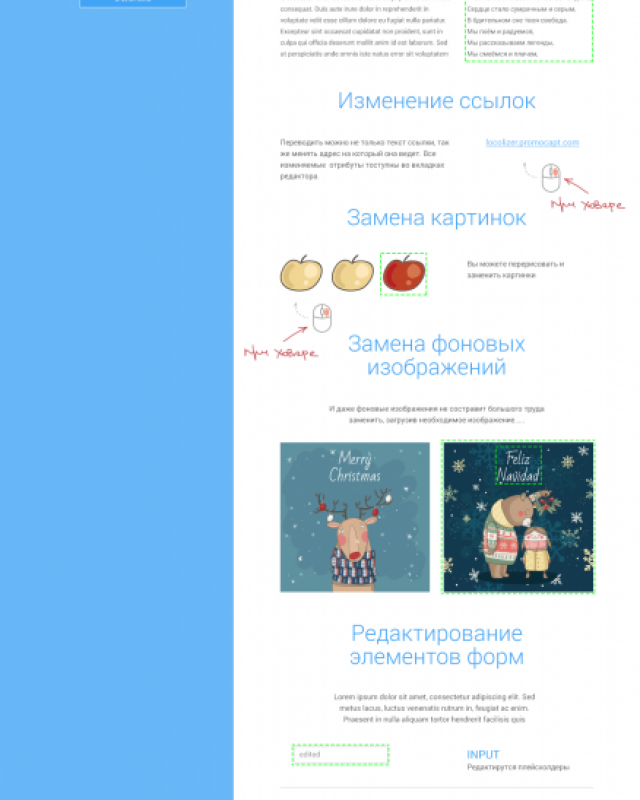 Promocapt interface for a client

The interface of the service was also developed for the client and for the interpreter. For the client, it was made in a green colour scheme. 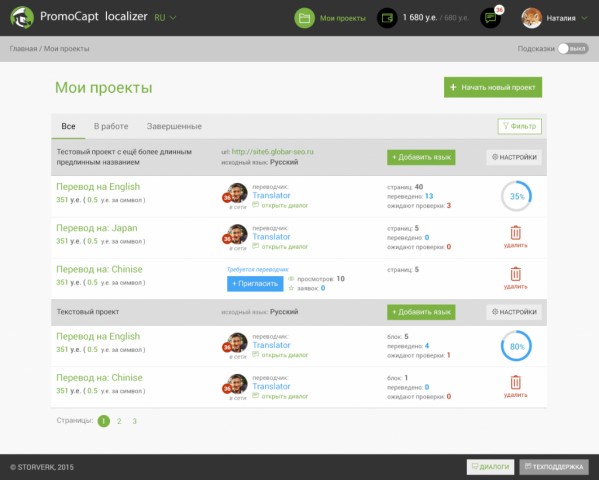 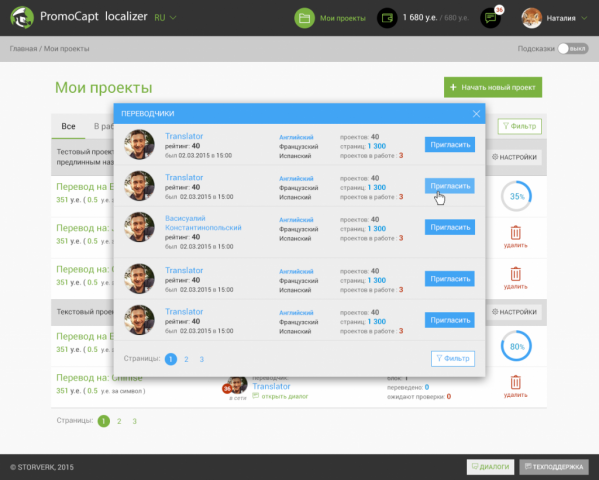 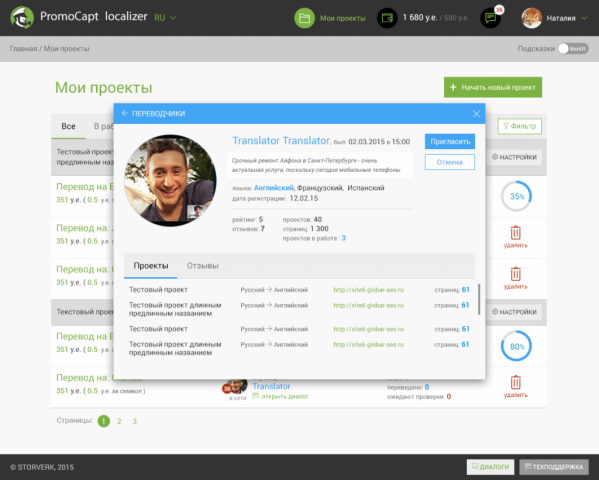 Promocapt interface for an interpreter

For the translator, the interface is in a blue color scheme. 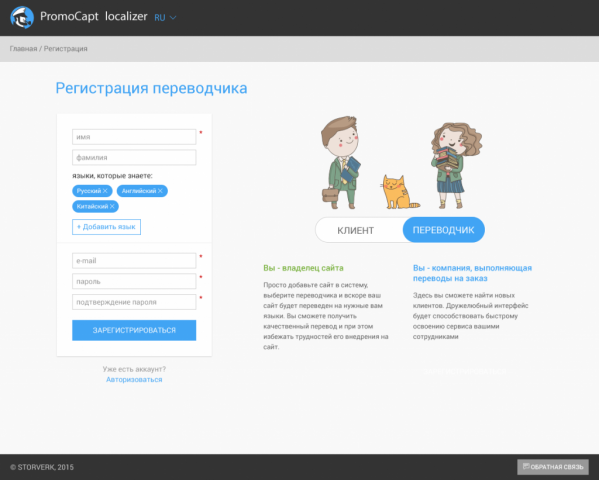 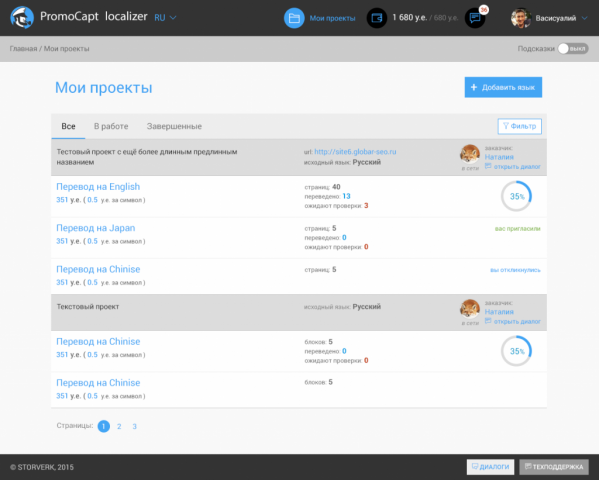